Old Havana was declared a UNESCO World Heritage site in 1982. Since then, urban renewal has converted the outer ring of the former city center into a tourist sector.

In the 1980s, the emphasis was on historic areas, and a series of ‘development axes’ guided restoration efforts. The focus during this timeframe centered on the streets of Oficios, Mercaderes, Obispo, and O’Reilly. Four main plazas also were in the spotlight:

Debate was lively in the 1980s. State agencies represented the “traditional essentials approach,” arguing for a strict and faithful compliance with the formal and decorative features of the past. Agencies and individuals representing this approach included the Cultural Heritage Office, the City Historian (Eusebio Leal), and CENCREM, the Center for Conservation, Restoration, and Museum Studies led by Isabel Rigol and Luis Lapidus. (See more about CENCREM below.) Their strict adherence to past design required the reproduction of complex details which was often done with shabby ‘modern materials.’

In contrast, the young design professionals of  the ‘Generation of the 1980s’ promoted innovation and novel applications of formal codes of interior design as well as the filling of empty lots with structures that blended harmoniously with their settings.

According to Segre, Coyula, and Scarpaci in their book Havana: Two Faces of the Antillean Metropolis

, Havana’s problems shifted radically from the bureaucratic paradigm of the Revolution to myths about colonial architecture.

Several factors accounted for this paradigmatic shift. One was the collapse of the socialist world which, in turn, created greater political isolation for Cuba. Another was the dire economic rut in which Cuba finds itself in the 1990s. And yet another stems from an insecurity about the future. Taken in their entirety, these factors help explain why officials have looked back in time for planning and design solutions. The heritage-site syndrome and narcissism of historic preservation move in tandem with the ‘mummification and fetishization of architecture.’

In other words, the acritical reproduction of historic landscapes meant reviving some buildings which . . . really should have been ‘helped to die.’ Brilliant forms and spaces derive from these restoration efforts, with their modern pastel colors that lack historic meanings.  Images from the mass media zoomed in immediately on the new ‘colonial’ restoration, especially the film industry. Nevertheless, the problem was not one of color, but concerned issues of historic veracity given that such banal and picturesque perfection never registered in the collective memory of habaneros.

At any rate, as restoration continues, more and more tourists staying in luxury hotels in the core area of Old Havana open their guidebooks and strike out on independent walking tours. Look for “formal” Havana Project walking tours in coming weeks. But, for now, here are a couple of places you might come across if you decide to wander around on your own.

The Church of Nuestra Senora de Merced is at the corner of Calles Cuba and Merced. It’s sometimes compared with St. Peter’s in Rome because of its elaborate decoration, including trompe l’oeil frescoes. The sacred space contains an alcove lined with fake stalactites in honor of Nuestra Señora de Lourdes.

The church was completed by the monks of the San Vicente de Paul Mission in 1867, although work began much earlier in 1775. The interior nave and the altar are quite beautiful, and are unique among Cuba’s colonial churches.

La Merced was the colonial aristocracy’s favorite church for sumptuous weddings. Young people continue to choose its altar for their (albeit more modest) ceremonies today.

Thousands gather at the church on September 24 for the feast day of the Virgen of Merced. On this day, pilgrims are allowed to go to the altar to pay tribute to the virgin, who is dressed in a rich white robe, an odd syncretization of Catholic religious culture with African beliefs. (You might remember this blending of Catholicism with African religions from our post on the Virgin of Cobre). Some worship Maryin the Virgen de la Merced while others pay homage to Obatala, the Orisha goddess of the earth and purity in the Yoruba religion.

Tourists walking by are almost always seduced by a desire to peek into Havana’s oldest surviving church, the Iglesia Parroquial del Espiritu Santo (the Church of Spiritu Santo). The Church of Spiritu Santo (1638) lies at the corner of Calles Cuba and Acosta. It began as a chapel built by slaves and freed blacks. Declared a parish church in 1674, the hermitage granted asylum to those hunted by authorities during colonial times.

The sacristy boasts a wooden lattice work gate and a large painting by the artist Aristides Fernandez. In the baptistry, there is a font by sculptor Alfredo Lozano, and a gilded, carved pelican. There is elaborate carpentry on the ceilings of the main nave, and catacombs to each side of the nave are held up by subterranean tree trunks. Other items of interest include the funerary crypt, the sepulcher, and the great altar with its recumbent statue of bishop Fray Geronimo Valdes, also by Alonso. The spaces between the niches in the vault running beneath the chapel house a series of paintings of skeletons crowned with tiaras and holding miters. They represent the dance of death, but they’ve been almost erased by time and damp.

There is also a  large warehouse full of alcohol and other hospitality needs close to the Iglesia y Convento de Santa Clara. The church, founded in 1644, was the first nunnery in Havana, run by a group of nuns from Cartagena de Indias (Columbia). The building is extremely large, a huge rectangle covering four blocks. It was once a slaughterhouse and later housed hundreds of nuns and slaves. It also served as a refuge for girls who didn’t have a large enough dowry to attract suitors.

The beamed ceilings in the church as well as the nuns’ cells are worthy of note. The large patio of the Main Cloister, with abundant greenery and surrounded by wide galleries with arches and columns, is an invitation to meditate and rest. There is a good view of the belltower from here.

Located in the second cloister is a structure known as The Sailor’s House (Casa del Marino). Constructed by a rich shipowner and pirate captain whose only daughter refused to forsake the religious life, it’s a typical Moorish house with wooden balconies. The ‘House” is now known as the “Academic Residence.” It’s a moderately priced hostel for history and culture aficionados.

This location now houses the National Center for Preservation, Restoration, and Museology — CENCREM— the technical team in charge of the restoration of colonial Havana. I can’t think of a better place for them to be situated.

As walkers move closer to the waterfront, the truly observant will peer behind a facade hiding the old neighborhood boxing ring; sports minded or resourceful travelers will go inside to view a match. Most, however, will miss two new gymnasiums — one where school children practice tai chiand a second where women take aerobics.

If you’d like to learn more about architecture and neighborhood restoration in Cuba, I have two recommendations. If you’re an arm chair traveler, The Havana Project’s e-mail series on urbanization in Old Havana will start shortly. Access will be by e-mail sign-up only. I also highly recommend a licensed people-to-people tour. Take a look at thisitinerary and e-mail lisa@havanaproject.com for more information. 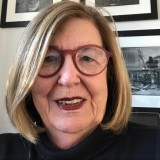